Download link: https://goo.gl/s1kPKf
Summer 2017 has all led up to this. We hope you enjoy. Expand the description for the detailed story behind it all.

Oh man, what a project. This idea all started from a Skype call with Aaron when we heard the same airplane above us simultaneously…which led to us finding out that we only lived 15 minutes away from each other. We had the idea of doing a dual edit for a while, but we didn’t really know how we would pull it off. But living so close meant I could literally take my hard drive to his, so this project was born.

In terms of the gameplay, this idea started from Ishii asking me if I wanted to edit a third dualtage between him and FatRat with his best leftovers. As Aaron and I started talking more, we all thought it would be awesome to create one massive project with all of us. So we hit up Eli and Yoshi to join along and they happily agreed. The gameplay in this video consists of the best leftovers from everyone, and I think it turned out awesome. Some seriously awesome clips and I love the variety between MCC and 360 H3. Was a pleasure to edit such a diverse set of gameplay.

Editing wise, this video is formatted in an interesting way:

Song 1 – Editing from Myself and Aaron. Gameplay by Yoshi, Eli, Ishii, and FatRat. This song was probably the most fun for myself personally to work on because I heard it on the radio months ago and instantly thought “this could be SICK for a montage”. I did all the syncing and audio work for this song and then brought my hard drive over to Aaron’s house. Since we both use the same program for the majority of our editing (Final Cut Pro X), I was able to create a file that let him pick up exactly where I stopped and it worked perfectly. Aaron ended up doing the angle work, the effects (save for some subtle things I added at the end), and that AWESOME intro. It was really cool to do a true dual edit with someone in the same song and I hope you guys love it.

Song 2 – Editing from Myself. Gameplay by Ishii and FatRat. I ended up picking both of these guys because I have never edited stand alone projects for either of them, while I have edited for both Eli and Yoshi (coming soon teehee). I have to give a huge shoutout to Adversary here for introducing me to the band Acceptance and suggesting this song as one I should do an edit to. I kind of grew tired of editing to EDM songs after a while and wanted to switch it up a bit, so this was perfect. In general, I kind of went with an old school style edit to this song since it was featured in the jukebox of an old school game myself and friends used to play all the time (NFL Street 2). That is also why I put a little song title in the intro, wanted to give it a jukebox feel. Overall, I am pretty pleased with how it turned out and was happy to edit to a rock song for once.

Song 3 – Editing from DoubleAA. Gameplay from Eli X and Yoshi. I’ll let Aaron tell you himself about this song: “So similar to Chris, I had never edited for Yoshi or Eli before, so I thought it’d be nice to see what I can do with their ridiculous clips. I really tried to make sure my style was in song 3, with a few new things I tried here and there. I have also always been a huge upbeat song lover and I LOVE this artist and definitely wanted to make sure I got to use more of their songs. I remember wanting to make sure I did the song justice and keep my style, so I ended up grinding this song nonstop for about 4 days straight. I couldn’t be much happier with how it turned out and I hope you all can enjoy it as much as I do.”

All in all, we are both super proud of how this project turned out, and I am so happy to finally be able to show you all what we have been working on all Summer. It’s been awesome getting to know you Aaron, and working with you on this montage has been an absolute pleasure, much love man.

With all that said…please, enjoy Anomaly 🙂 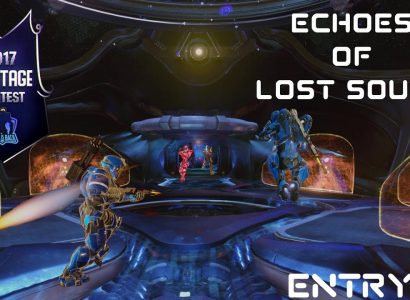 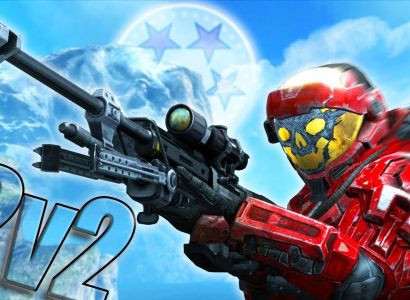 Hey guys got a sick video for you today! Noremac was looking for an editor GO→

Captur: https://www.youtube.com/channel/UCIQya_cnVLI9KugqU6H5L9A Thanks everyone for watching! Come hang out in our Discord: https://discord.gg/b4FECnf United Halo GO→

I hope you Enjoy Drive link (for phone users): https://drive.google.com/file/d/0B82E5CLWMcuxN0hGTERNaVc3MWM/view My Editer Check him out: GO→